The Outfest UCLA Legacy Project has built the largest publicly accessible and comprehensive collection of LGBT moving images in the world (over 20,000 items and growing!). Many of these films, lectures, oral histories and interviews are available to see at the Archive Research and Study Center at UCLA. To talk with someone about setting up a viewing, please contact ARSC at 310.206.5388, or via email at arsc@ucla.edu.For the most recent list, please see here.

The Legacy Project host public screenings – at Outfest events, in collaboration with other film series in Los Angeles, at film festivals across the world and many as part of our bimonthly screening series at the UCLA Film & Television Archive’s Billy Wilder Theater in Westwood (courtyard of the Hammer Museum). 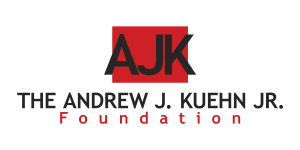 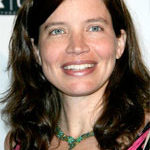 Jamie Babbit is an American film director, producer and screenwriter. She directed the films BUT I’M A CHEERLEADER, THE QUIET and ITTY BITTY TITTY COMMITTEE. She has also directed many episodes of television programs including GILMORE GIRLS, MALCOLM IN THE MIDDLE, NIP/TUCK and THE L WORD.  Babbit graduated from Columbia University in 1993. She made her first short, FROG CROSSING, with co-director Ari Gold in 1995, and it played at many festivals including Telluride, Sundance and Rotterdam. FROG CROSSING was also selected for the Sundance-in-Tokyo fest delegation and purchased by the Sundance Channel, where it is still in rotation. Babbit’s second short, SLEEPING BEAUTIES, premiered at Sundance in ’98 and played over 30 festivals including London, the LAIFF and Washington D.C., where Babbit was voted Best Director. 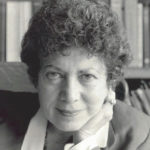 Lillian Faderman is an internationally-known scholar of lesbian history and literature, as well as ethnic history and literature. Her work has been translated into numerous languages, including German, Spanish, Italian, Japanese, Turkish, Czech, and Slovenian. Among her many honors are six Lambda Literary Awards, two American Library Association Awards, and several lifetime achievement awards for scholarship, including Yale University’s James Brudner Award, the Monette/Horwitz Award, the Publishing Triangle Award, the ONE National Gay and Lesbian Archives Culture Hero Award, and the American Association of University Women’s Distinguished Senior Scholar Award. 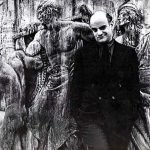 Charles Ludlam grew up in Queens, New York, just a few subway stops from Greenwich Village, and the heart of Gay America. At twenty-four, he founded the Ridiculous Theatrical Company, where he wrote, directed and performed in almost every production for the next two decades, often with Everett Quinton, his life partner and muse, by his side.  His many plays included Turds in Hell, Der Ring Gott Farblonjet, a riff on Wagner’s Ring Cycle, Bluebeard, and The Mystery of Irma Vep, his most popular play, and a performer’s tour-de-force.

The Outfest Legacy Collection consists of film and video materials from the ONE National Gay & Lesbian Archives, the world’s largest research library and archive devoted to LGBT concerns. This collection features film and video materials that reflect the history of the LGBT community, including interviews with pioneers of the LGBT movement, sex hygiene films, AIDS awareness videos, footage from Christopher Street West parades in Los Angeles and gay protests in Washington D.C. and adult films and video. For additional collection information, search the title “ONE National Gay & Lesbian Archives” at UCLA’s online catalog at http://cinema.library.ucla.edu.

The Outfest Legacy Collection includes unedited oral history interviews conducted by media scholar Alexandra Juhasz for her documentary WOMAN OF VISION: 18 HISTORIES IN FEMINIST FILM & VIDEO (1998). These interviews with independent and experimental filmmakers offer a detailed history of feminism and feminist film and video, from the 1950s to the present. Transcripts of the interviews are also available for study. Download a list of the interviews.