Adrian and Sebastian, a Colombian couple living together in New York City, are on the fast track to professional and romantic success. But when Sebastian is faced with immigration complications, his status in the U.S. may rely on help from Adrian’s family back in Colombia — who do not know Adrian is gay. Fearing rejection from his family, but at risk of losing Sebastian forever, Adrian must choose which path to take.

*This film is only available in the US 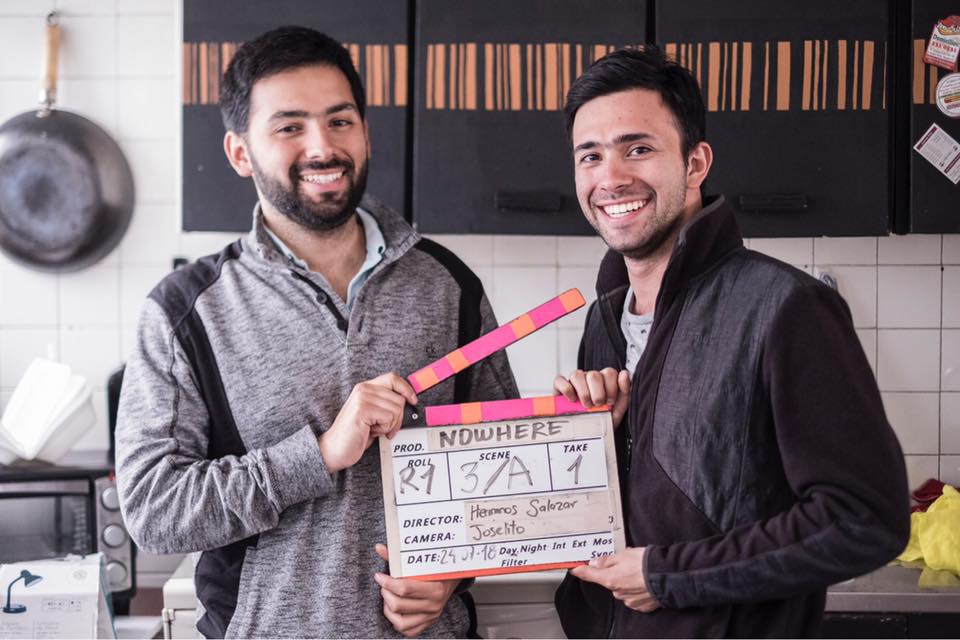 David & Francisco Salazar (Writers/Directors/Producers) are award-winning filmmakers and media creators whose first feature “Nowhere,” based on the Latinx List screenplay “Adrian and Sebastian” won the Best feature Film at the Omovies Film festival and Best First Film at the Villa del Cine festival in Colombia. The film was also selected to the Woods Hole Film Festival where it was the runner up Jury Award winner and Second Runner Up for the Audience Award. It was also selected for the OUTshine Film Festival , the Image Out and Image Nation Film festival.

The Salazar Brothers have also directed a number of short films including “Adrift,” “Bullied,” “Reverie,” “Messenger,” and “Conciliation.” All their films have been showcased at regional film festivals all over the United States.
​
In addition to their film work, they are the creators of OperaWire.com

Love requires compromise and, often, sacrifice. But where is the line? When is enough enough? That is at the core of ADRIAN Y SEBASTIAN, a feature film that tells the story of two Colombian immigrants an openly gay life in New York. When Sebastian’s visa is rejected, Adrian and Sebastian must make the decision of whether to return to Colombia, where they face rejection or attempt to stay in the United States.

The film explores themes of sacrifice and fear within the context of Colombians of the LGBT community. While progress has been made in Colombia for the LGBT community, it continues to be marginalized by the conservative population. As one of the first LGBT Colombian films, it is our hope to shed some light on the community. This is about giving voice to those who are often silenced or ignored and starting a dialogue on the importance of respect and love.

Moreover, the film places our characters within the context of the difficult immigration situation in the US, furthering this sense of homelessness and lack of belonging for our main protagonists. We often ask, where do I belong? But what if the places that you believe you belong are the ones that don’t want you? That is yet another challenge that our heroes wrestle with, their relationship always hanging in the balance.