How to Raise a Black Boy

Four Black boys disappear one night, as many Black boys do, and find themselves on a fantastical journey to break the curses of Black boyhood. 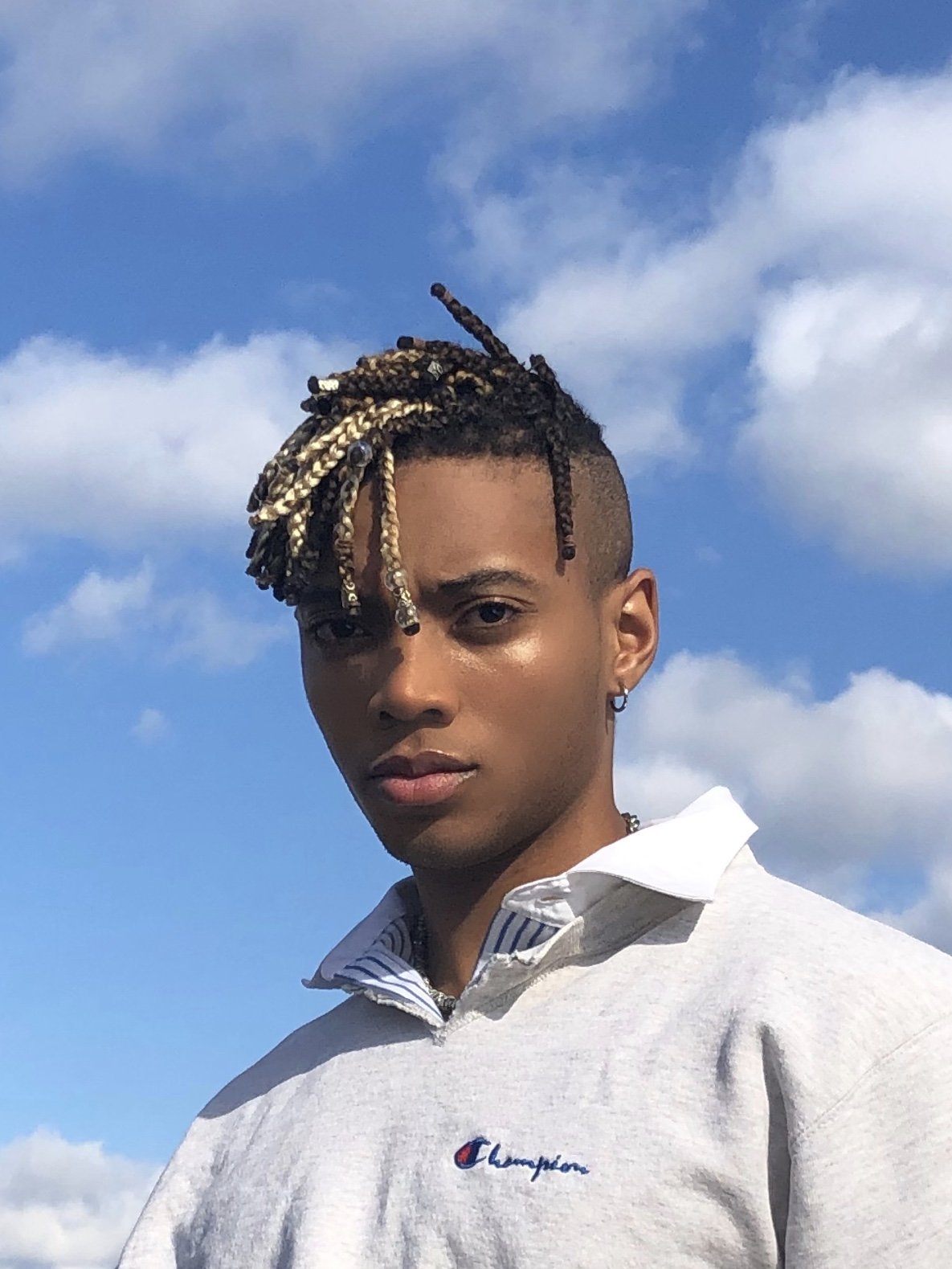 Justice is a multimedia and multidisciplinary artist based in New York City. They are the founder of Rainbow Farm Productions, a production company that creates space where individuals can cultivate the multiplicity of their art. Justice has worked in production, creative direction, styling, and as talent at Vogue Italia, Paper Magazine, Disney on Broadway, and Maybelline New York. Justice hopes to develop projects alongside others and cultivate a vast and diverse artistic agriculture.

“The Little White Bird,” the whimsical yet dark prequel to the well known story of “Peter Pan,” both by J.M Barrie, was published in the fall of 1902. “The Little White Bird” due to its mature themes and dark narrative fantasy, would be overshadowed by the much more innocent story of “Peter Pan in Kensington Gardens’ ‘ published in 1906, then again published in 1911 as “Peter and Wendy.” The story would continue to evolve into stage plays, and a variety of media until adapted famously by Walt Disney into the 1953 animated film. The prominence of the “The Little White Bird” would diminish, alongside its dark past. The story follows an older childless Victorian bachelor, Captain W (loosely based on Barrie) and his complicated relationship with David, a young boy who he shepherds through childhood. Captain W views himself as somewhat of a Father figure to David, sending money to his middle-class parents to care for him, and taking him on “adventures” in Kensington Gardens and introducing him to “Peter Pan”. The narrative, including the infamous character and the familiar title of “Peter Pan,” has a complicated and dark relationship to culturally weighted terms such as pederasty and modern day pedophilia. In Ancient Greece, Pederasty, the homosexual relationship between a boy and a man, was considered an appropriate sacrifice to Pan, for Pan was the God of Shepherds and Huntsmen, making his cult overwhelmingly male. The cult is reminiscent of “the lost boys” of “Neverland” portrayed in “Peter Pan”. The lost boys could be a mirror, representing the cult, the young boys sacrificed, or boys left behind unmarked, untouched by violent maturation ceremonies. Deriving from “The Little White Bird” and becoming the “Peter Pan” we know today, the story is a true dichotomy of both the violence and traumatizing aspects of childhood, and the fantastical whimsy of puerile development. It is a mirror to how we raise boys, the violent traditions that fester in the shift from child to man, the story is both in its terrifying origins and fantastical notoriety is a meta reminder of the innocence men often lose.

“How To Raise A Black Boy,” based off the fantastical and literary journey of “Peter Pan,” originally was my analysis of my childhood, that happened to be queer and black. But it grew, beyond my childhood to become a collage of my academic career, of current American politics, and of the shared experience of childhood secrets that haunt our adulthoods.


It’s ironic how similar theory is to fairytales. They are both ways of conceptualizing the world, and like fairy tales, theory is impossible to live up to. Although theory is validated by academia, it seems that theory is just a form of academic adult fairytales. When writing “How To Raise A Black Boy” I used and aligned to theories on blackness, queerness, and manhood to inform the work including: Jose Estaban Munoz’s “Disidentifications: Queers of Color and the Performance of Politics, ” Sigmund Freud’s “Totem and Taboo: Resemblances Between The Psychic Lives of Savages and Neurotics,” and Thomas A. Dowson’s “Why Queer Archeology,” among many other works. Munoz’s “Disidentifications” was manifested much later in my creative process.
It was academic proof and verbiage, for what I was seeking in “How To Raise A Black Boy.” According to Munoz, “How To Raise A Black Boy” is a “Disidentification.” Muñoz looks at how marginalized communities negotiate mainstream culture- not by aligning themselves with or against discriminative works but transforming them into works of their own-thus creating a “fiction of Identity.” Muños states, “Disidentification is meant to be descriptive of the survival strategies the minority subject practices in order to negotiate a phobic majoritation public sphere that continuously elides or punishes the existence of subjects who do not conform to the phantasm of normative citizenship.”


“How To Raise A Black Boy ” is not the just lens of disidentification but the physicalization of it. It has negotiated a mainstream fairytale such as “Peter Pan”, and has reimagined and centered it within a black queer narrative. Furthermore, the work is a meta representation of “Disidentification” for the film creates a kind of fantastical proof, and puts black and queer theories such as Muñoz’s in the flesh.

One of the most frustrating aspects of theory of the marginalized, is that it is not easily attainable. Words such as “Disidentification” can be easily hard to comprehend. In my creation of “How To Raise A Black Boy” I eventually found that the most simple way for me to share theory was through the magic of a fairytale. For years fairytales have been feeding culture from the cradle damaging stories that uphold inaccurate theories. Fairy Tales such as “Cinderella,” “Snow White” and “Peter Pan” have perpetuated theories centered in whiteness and heterosexuality. Theories such as; “Boys will be Boys,” “Women are forgettable” , ….
On a meta level, the exclusion of POC and queer individuals in fairy tales, also implies that only those who conform to normative ways of living are permitted to imagination, and critical thinking such as theory. Within “How To Raise A Black Boy” large political and social commentary has been transformed into an accessible, poetic, fantastical storyline. Theory such as “Disidentification,” Black futurism, and Queer Archeology, and topics that have affected me in my development such as, police brutality, hypermasculinity, sexual abuse, and homophobia have been reconstructed into an attainable fantastical narrative.
“How To Raise A Black Boy” is a “once upon a time” story told from the past to the future. It’s development is the story of my artistic and academic growth, but the simple fairytale can be shared among black boys and children alike. In “How To Raise A Black Boy” I see myself, my brothers, my fathers, and my lovers. In this fairy-tale we can all coexist in our mutual experiences as black boys. 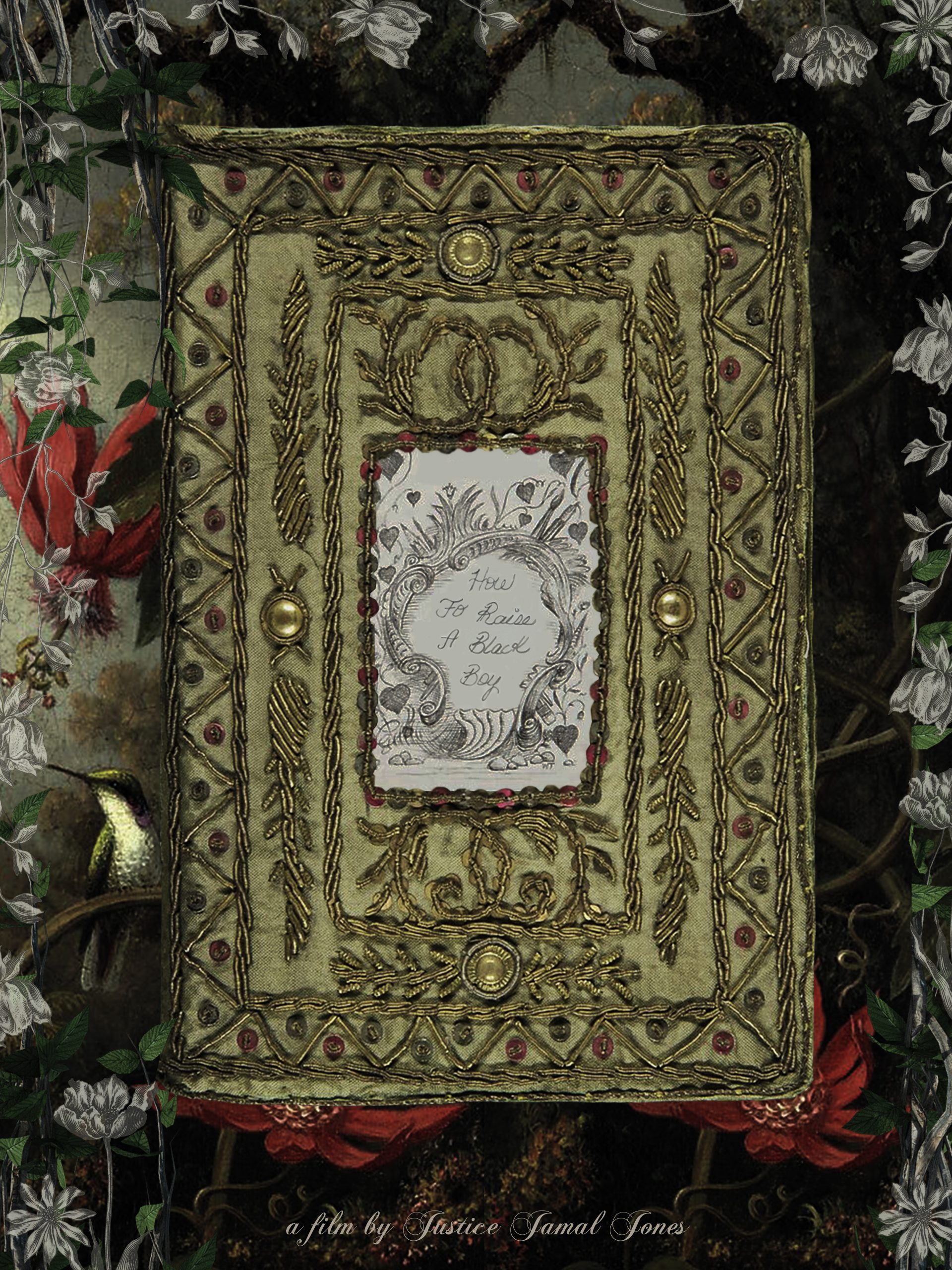