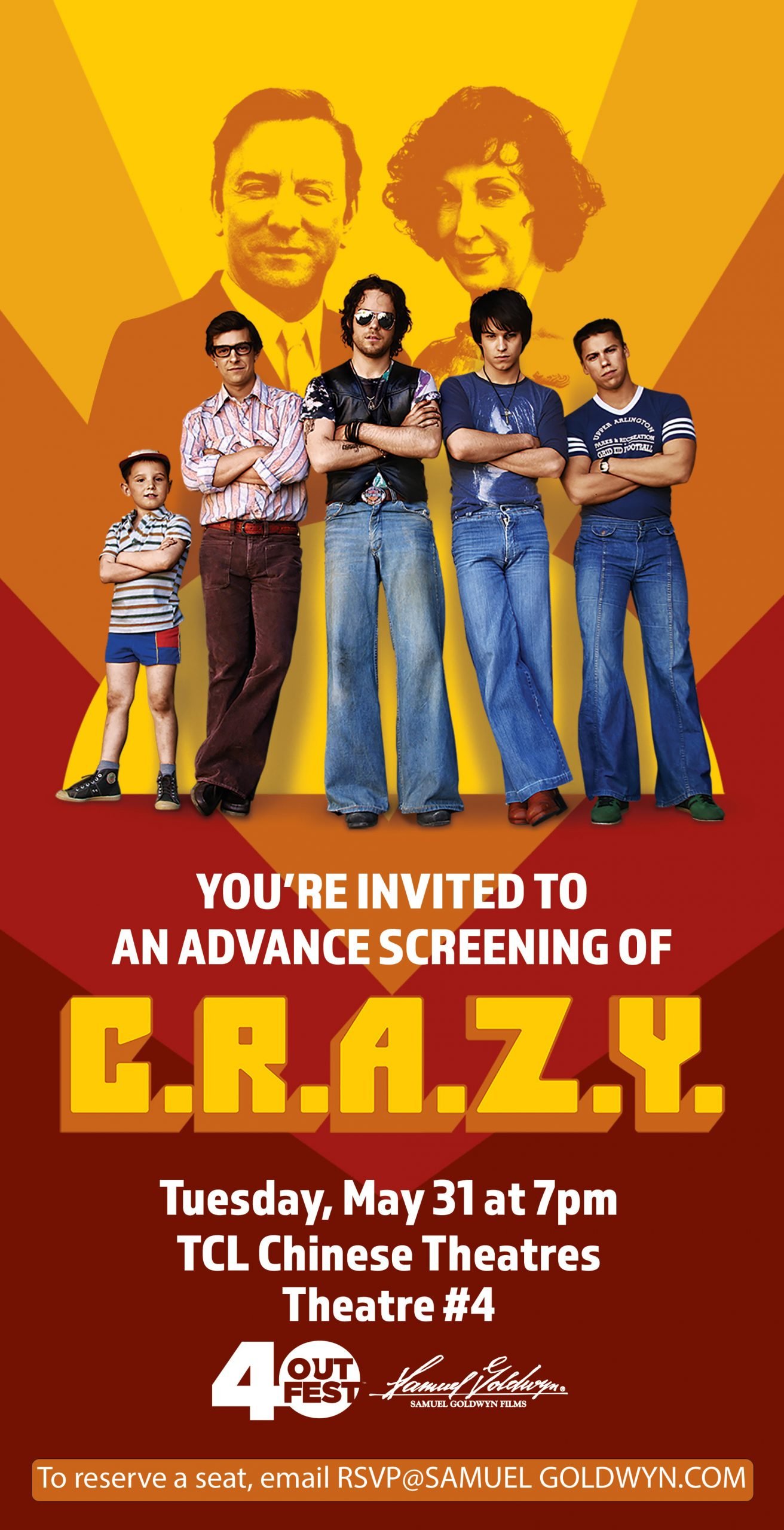 Outfest, in partnership with Samuel Goldwyn Films, would like to extend an exclusive invitation to its valued alumni, filmmakers & volunteers for the advance screening of C.R.A.Z.Y. taking place on Tuesday, May 31, 7pm at the TCL Chinese Theatres.

C.R.A.Z.Y. is late-director Jean-Marc Vallée’s debut coming-of-age film which tells the story of Zachary Beaulieu, one of five boys growing up in a conservative family during the 1960s and 1970s, who struggles to reconcile his emerging identity with his families’ values.

Join us in community for this special event & screening!